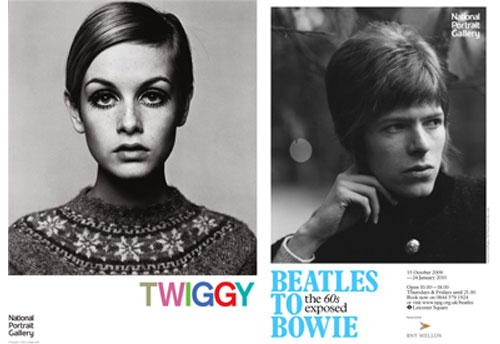 Digging about last night on the National Portrait Gallery website, I found two very tasty posters at reasonable prices – exhibition posters for Twiggy and Beatles to Bowie: The 60s exposed.

The Twiggy image is by Barry Lategan from 1966, which was used to promote Twiggy: A Life in Photographs, also over 2009 and 2010. It's slightly more expensive at £10. Alternatively, Heals does a version professionally framed for £100. I know which one I would go for.