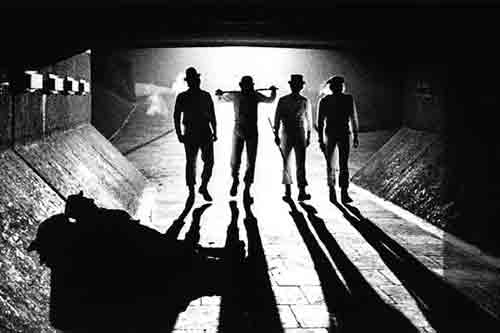 The original Anthony Burgess novel was said to have been influenced by the conflict between mods and rockers (although for me, it seems a little early to have done so), while the movie of A Clockwork Orange took that shock value to another level on its release. 40 years on, it still has impact.

The Scenester went along to a recent screening, organised by the See Film Differently people, who screen cult movies in their original surroundings. This one was screened at Brunel University, home to many of the movie's key locations.

Check out his review of the movie and the event around it online now. Probably worth bookmarking that movie site too, some interesting screenings do take place all over the UK, often with free tickets.

A Clockwork Orange at Brunel reviewed