Following the recent news of the death of organist Richard Wright, rare Syd Barrett-era Pink Floyd footage appears on new collectors’ DVD A Technicolour Dream – The Story of the 60s Underground, out next month. 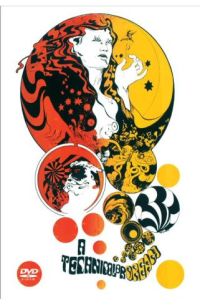 The budget-price DVD follows the story of the 60s underground movement, up to the 14 hour concert at London’s Alexandra Palace on April 29th 1967, and includes rare footage of the UFO Club and that year’s Notting Hill Carnival. Also on the DVD are new interviews with Pink Floyd’s Roger Waters and Nick Mason, Joe Boyd, Kevin Ayers, Barry Miles and Arthur Brown. The best part of the package has to be three full Pink Floyd performances with Syd Barrett from 1967; ‘Astronomy Domine’ at the Queen Elizabeth Hall, 14 May 1967, ‘Scarecrow’ from Pathe News, 8 July 1967, and ‘Arnold Layne’ from the Peter Whitehead promo, 10 March 1967.

A Technicolour Dream is released on the 13th October and available from Play for only £6.99 (including delivery) here.