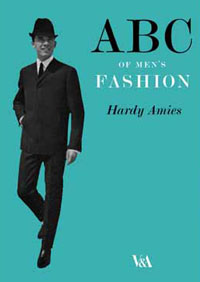 First issued in 1964, long out of print and sought after by just about everyone with an interest in classic/vintage fashion and style, The ABC of Men’s Fashion by Hardy Amies is finally scheduled for a reissue in the coming weeks.

It’s re-appearance is down to the V&A, which is reissuing the book as part of its Golden Age of Couture exhibition. And if you have any interest in men’s fashion, this is pretty much essential, breaking down just about every fashion term and item into an A to Z listing, with descriptions for each in Mr Amies’ own witty style.

So if you want to know the difference between a flare and a bell bottom, The ABC of Men’s Fashion will tell you when it’s released in October, with a new introduction by Ian Garlant, priced around £9.99.

Update: You can now get an even cheaper cloth-bound hardback edition of this classic. Get one here for just £6.99.