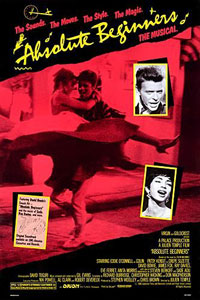 Colin MacInnes’ tale of the teenager at the turn of the sixties  – Absolute Beginners – has already been a novel and a (widely panned) film. And now it’s set to be a play, debuting at London’s Lyric Theatre.

Details are so far quite sparse, but according to web sources:

"Roy Williams, Soweto Kinch and dance theatre director Liam Steel join forces to create an explosively physical evocation of sexual liberalism, gang culture and racial tension, based on Colin MacInnes’ bestseller Absolute Beginners. Set in the summer of 1958 that ends with the Notting Hill race riots, Absolute Beginners paints a vivid picture of London’s changing society and the emergence of a style-conscious youth culture, as teenagers blow away the cobwebs of post-war life and create the world anew."

Thanks to Greg for the tip off!