‘The Reverand’ Al Green has announced plans for a UK tour this October. 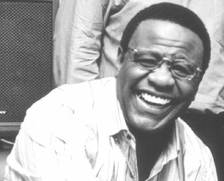 The soul legend released a new album, Lay It Down, last month, his first long-player since 1975. Al Green retired from the music industry in 1976 to become a pastor in Memphis, but re-surfaced last year to work with producer Ahmir Thompson (The Roots) on a new record.