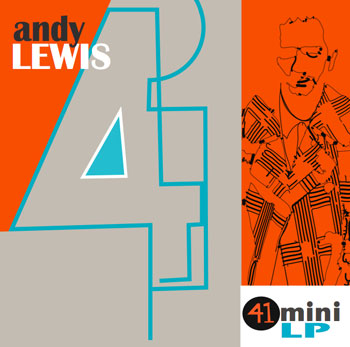 We mentioned a short while back about the new 41 album from DJ / musician and latter-day Paul Weller band bassist Andy Lewis. Check back if you want the full lowdown on that. Or if you want to hear it live, read on.

Andy Lewis is playing at The Bowery, 36 – 38 New Oxford Street, London, WC1A 1EP on Wednesday April 6th 2011, playing with 'long-standing collaborators' and 'very special guests', performing songs from his latest release the mini-album, as well as tracks from his previous albums 'You Should Be Hearing Something Now!' and 'Billion Pound Project' and some previews of material destined for his forthcoming release 'South Herts Symphony'.

Advance tickets are £5 and are available from Ticketweb now.