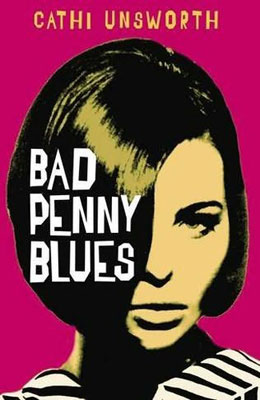 I'll be honest and admit I've not yet managed to read Bad Penny Blues by Cathi Unsworth, but a good friend and someone whose opinion I rate is currently raving about it – so I'm passing on that vibe.

Set in 1960s Soho, ambitious PC Pete Bradley is assigned as an aid to CID and working a routine nightshift, they stumble across a young woman's body – a prostitute who has been strangled. His search for her killer brings him deep into Soho's underbelly, throwing up everyone across the social (and unsocial) spectrum. Meanwhile Stella, a young fashion designer with a promising career ahead of her, is woken by terrifying nightmares that echo the last hours of the dead women.

Apparently written in a similar style to the likes of Raymond, Peace, Arnott and Ellroy, it's available to buy now for under £5. I've already got my copy on order.