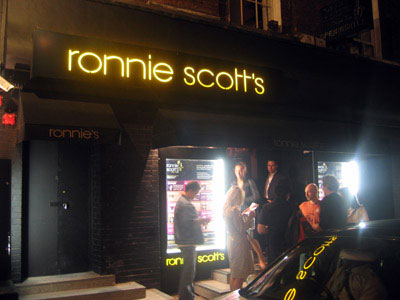 The BFI is partnering up with Ronnie Scott's to celebrate the club's 50th anniversary with the BFI Jazz and Film Weekender, which runs from 12th to 14th June.

There's a range of events, including (as you would expect), live performances (see the website for full listings), a  60s Jazz Scene party and films aplenty, most notably, some John Dankworth-soundtracked 1960s flicks – Accident, The Criminal and The Servant, with Dankworth appearing at the first of those for a Q&A. The BFI will also be screening rare archive television footage of Ella Fitzgerald, Nina Simone (both filmed live at Ronnie’s), Dizzy Gillespie and Louis Armstrong, as well as home-grown talent like Stan Tracey, Courtney Pine, Humphrey Lyttleton and John Dankworth.

For more information about the BFI Jazz and Film Weekender: Celebrating Ronnie Scott’s at 50, visit www.bfi.org.uk/weekender. A full programme will be available there from 5th May.