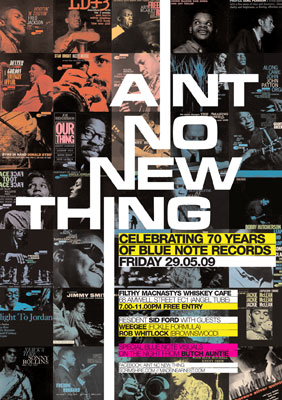 If you happen to be in the capital tomorrow evening (29th May 2009), you might want to check out Ain't No New Thing at Filthy MacNasty's.

It's a Blue Note 70th anniversary special, described as 'a four hour musical trip exclusively through the finest music produced on one of the most influential independent record labels of all time. All Blue Note. All night long.'