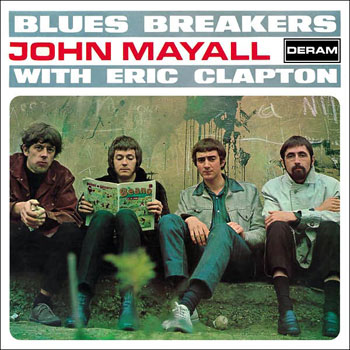 BBC4 continues its love-in with all things British and musical with a new theme – Blues Britannia.

The doc is in three parts – Born Under A Bad Sign focuses on the arrival of American blues in Britain in the late Fifties and the first performances here of such legends as Muddy Waters and Sonny Terry and Brownie McGhee. Sittin' On Top Of The World charts the birth of the first British blues boom in the early Sixties, with groups like The Stones, The Yardbirds, Manfred Mann, The Animals and The Pretty Things, while Crossroads looks at the second blues boom of the mid-to-late Sixties.

That's followed by a weekend of documentaries and concerts including Blues At The BBC, Blues On Later…With Jools Holland, and new films on Peter Green and Bobby Bland. The first of those looks the most interesting and follows directly after the documentary, with footage from The Beat Room and A Whole Scene Going from the Sixties, The Old Grey Whistle Test in the Seventies and The Late Show in the Nineties.

Check out the BBC website for timings – them set that recorder.