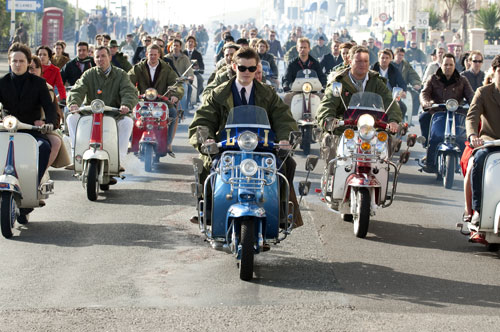 It's been talked about for some time and filming was finished some months back, but you'll have to wait even longer to see the new version of Brighton Rock.

Friday February 4th 2011 is the official release date for the UK, although there might be the odd preview screening beforehand. As many of you will know, it's a remake of the classic 1947 movie, itself an adaptation of Graham Greene's 1938 novel. Except this remake has dragged it kicking and screaming into the 1960s, mods, rockers an' all.

If you took part as an extra, try and spot yourself on the promo still above-  and if you see the trailer, let us know so we can flag it up. Must be due online soon. Another shot of the main character over the page. 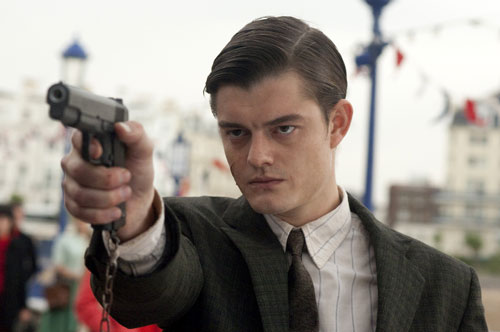