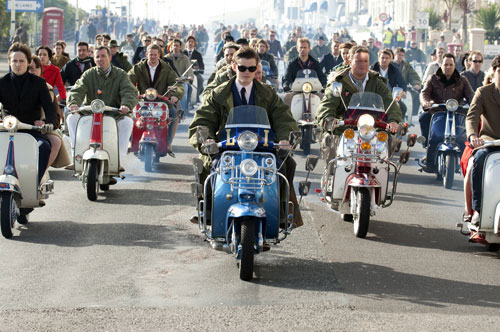 It didn't exactly get a glowing review off us at the start of the year, but some people did like the mid-friendly remake of Brighton Rock. If you are one of them, you might want the DVD.

The DVD, as well as the Blu-ray, have now both been confirmed for a 20th June release in the UK. Both are already available for pre-order at Amazon, both already being heavily discounted – the DVD is up for £11.93, the Blu-ray at £12.99.

I've just checked with the company and as yet, there are no confirmed extras for either disc. There are certain to be some – I wouldn't be surprised if there was some kind of 'making of…' and you are almost guanranteed to get a trailer. When we hear for sure (and if it's interesting), we'll let you know.