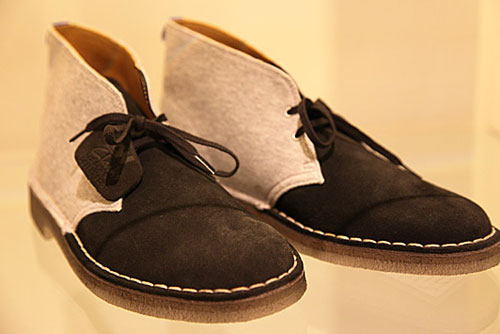 Here's something for the 'how much?' brigade when they make it the UK in small numbers. I'm talking about the Clarks x Loopwheeler desert boots.

It's the classic Clarks desert boot with a makeover – the suede upper being mixed with a Japanese knitted fabric made on a machine called a Loopwheel. Apparently this isn't a quick (or cheap) job, so you'll pay for exclusivity, as well as the time and effort.

The end result is a two tone boot with custom insole and tags, but keeping the crepe sole. Plus of course, it's a limited edition. Expect to see it in September of this year, where it will sell in Japan for a whopping £160 (equivalent). Stock is also likely to be in Selfridges, as well as Colette online. Another desert boot shot over the page. 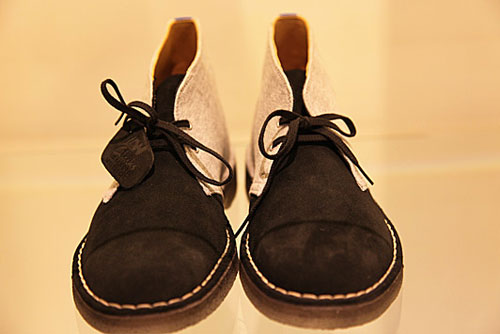