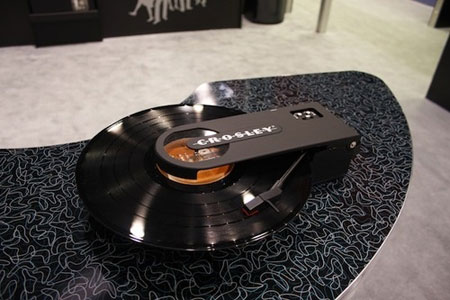 It's the essential tool for crate diggers everywhere, but an original one in good nick usually costs a pretty penny. Until now that is, with the classic Sound Burger returning as the Crosley Revolution portable turntable.

Originally dating to the mid-80s, when it was pitched as portable audio (presumably for people who didn't like cassettes), it took on a new life years later as a small portable vinyl player that's perfect for use in record stores, record fairs and of course, charity shops.

The new version runs on rechargeable batteries, has USB and headphone connectivity and a price that's expected to be well under the £100 mark. Currently being shown off around the trade shows, it will hit the shelves in the summer.