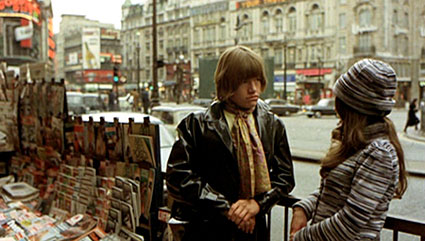 Odeon Entertainment seems to be making the areas of cult and British cinema its own, with two new titles worthy of a look at a budget price.

Released this week is The System (aka The Girl Getters), a Michael Winner film from 1964, with Oliver Reed heading up a ‘suited’ gang of teens at a seaside resort, using his charm to pick up the women – until one works her magic on him.

From a less innocent era is Cool It Carol!, a late 60s movie from Pete Walker, with Robin Askwith and Janet Lynn as Joe and Carol (above), looking to make it big in swinging London, but falling into the sleazy world of stag films to make money.

Details of both can be found over at Cinedelica, with both retailing for under £10.