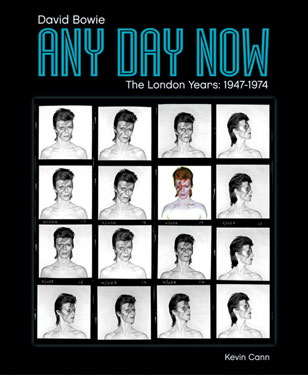 On the face of it, Any Day Now: David Bowie The London Years (1947 – 1974) by Kevin Cann might not be obvious Modculture fodder, but some of the images within are sure to be of interest to anyone with an interest in this site and the 60s era.

Published by Adelita, this 336-page book charts the early life and career of Bowie, his time in London (as the title suggests). It's also packed with rare and never-published-before images and memorabilia, including shots mixing it with Steve Marriott and the Pretty Things through to the historic letter confirming his name change from David Jones to David Bowie. 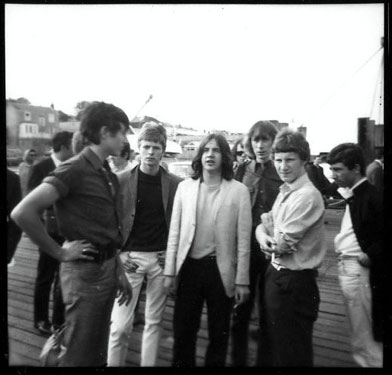 Author Kevin Cann has spent over 20 years compiling this book, which also  includes hundreds of interviews with Bowie’s friends and colleagues, as well as indepth album analysis that feature rare insights into the album cover designs and the influences and inspirations behind many of the songs. Bowie’s manager from 1967-1970, Kenneth Pitt, has also contributed a foreword, while obsessives will no doubt appreciate the extensive breakdown of early live dates and rare recordings.

Alternatively, there's a limited edition of just 475 copies, individually numbered and signed by the author. Presented in a black cloth-bound clamshell case, the handfinished hardback book comes complete with tip-ins of rare early career memorabilia, and also includes an exclusive individually signed colour print by Gerald Fearnley from Bowie’s first album shoot. You can secure that direct from Adelita's site for the book. 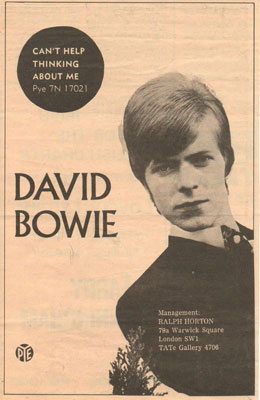 Finally, Any Day Now is launched in the UK with a six-week exhibition at Proud Galleries, London (28th October – 5th December).