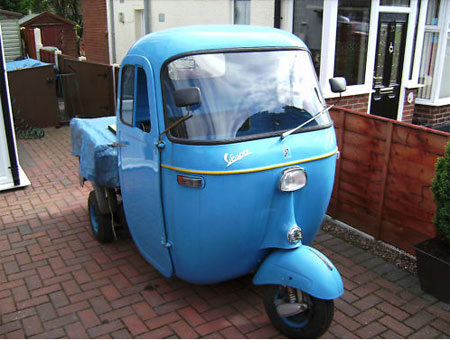 A superb curio that dates back to 1966 – this Vespa commercial tipper truck.

Powered by a 124cc engine, it's one of a fleet of similarly-powered vehicles that was sold to the Co-op in Liverpool in the 70s, then used to sell paraffin around the streets during that decade. All the others were apparently scrapped, but this one survived, as does a pile of original literature for the vehicle, included in the sale.

It's had some work since then and is now powered by Yamaha two-stroke engine (original one 'in bits'), but more or less everything else is original, according to the seller. Check out lots of images on the site and if you want it, you'll need to better the current highest bid of £1,056. Another shot over the page. 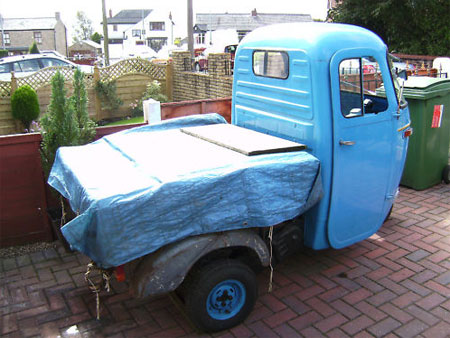