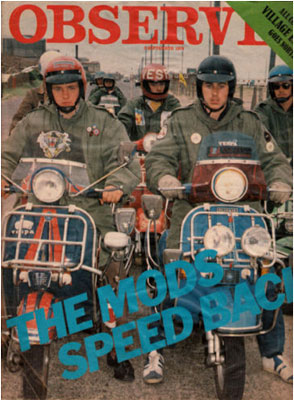 Just noticed this on eBay – an issue of The Observer magazine from 1979, with a feature on the mod revival of the day.

In fact, it’s the cover story of this September ’79 issue, called ‘the mods speed back’ and with an article about the revival coupled with images by Chris Steele-Perkins. Could be wrong, but I suspect there aren’t many copies of this around.

According to the seller, there is ‘some creasing’, and the front cover is ‘wrinkled’, with a couple of slight tears too. If you fancy it, the issue is at £5 right now.