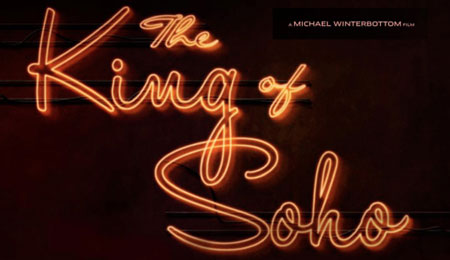 Fancy some paid work on an upcoming movie? The King of Soho, a movie about Paul Raymond, is looking for extras with the look of a bygone era.

The film stars Steve Coogan and is directed by Michael Winterbottom, looking at Raymond’s life from the ’50s to the ’80s. With that in mind, the movie folk want ‘Revue Bar members, audience, party and wedding guests’ who will fit in – so if you can carry off a 1960s or early ’70s look, you’ll be in with a chance. According to the message I got, ‘it would certainly help our costume, hair and make up department if we had people with the right look’.

There’s a casting for ‘dancers’ of the exotic variety one day (get in touch with the casting if, for some unlikely reason, that’s you), but the day for general extras is Wednesday 15th February 2012, running from midday to 7:30pm at The Farringdon Room at Bridewell Theatre, Bride Lane, off Fleet Street, London EC4Y 8EQ (nearest tube St Pauls).

You have to be over 18 and it is paid work, although it’s not clear how much. If you want to know more, get in touch with the company via the casting email address. Filming is over various dates in March and April.