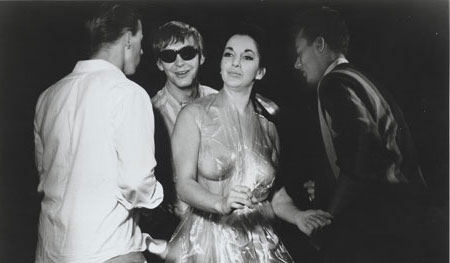 The Flipside crew if offering up a glimpse bakc into 60s London next month with The Flipside presents: Pubs and Clubs of the Big Black Smoke.

It's a tribute to exploitation veteran Arnold L Miller, with a double bill of rarely-seen flicks on the big screen, although one of those you might have actually own. That is the first title released on DVD by the BFI/Flipside – the early 60s mondo documentary London in the Raw (reviewed on Cinedelica), but shown on the night as an 'alternate cut'. Not only that, there's a rare outing for Under the Table You Must Go, a late-60s doc that follows 'a talking Rolls Royce' on a tour of pubs and nightspots from Kew Bridge to Muswell Hill. Showbiz faces a-plenty – everyone from Radio One DJs to Jon Pertwee!

Introduced by Will Fowler and Vic Pratt, the night will also have a pretty big cherry on top, Arnold L Miller himself, who will be available for a Q&A after the screening. The date is Wednesday 3rd march at NFT1 at the Southbank, tickets available now.