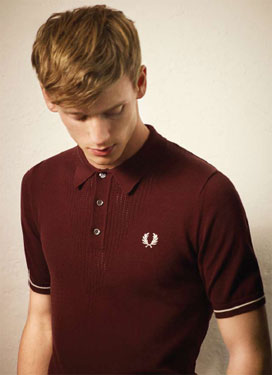 We've just been sent a batch of images showing off the forthcoming men’s Laurel Wreath collection from Fred Perry for spring and summer 2011. All of which should be in the stores from the early to mid-part of 2011.

Rather than showing just one or two shots and talking about generally, we've created an online gallery featuring a lartge number of the shots in large format, so you can check them out at your leisure. According to the company, the new range mixes a 50s twist with the more typical 60s-style items, including a 50s-style tennis bomber, a madras-style harrington jacket and a reissue of the original Fred Perry 'Empire' shoe.

Check them out at the gallery now. If this kind of in-depth preview proves popular, we'll do more.