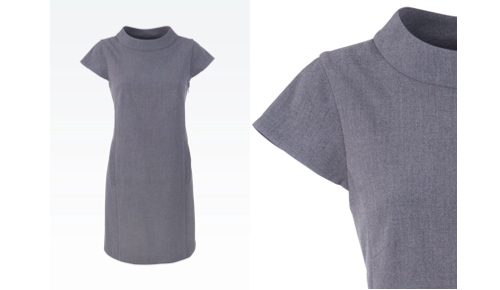 Matalan have long been known as being cheap and cheerful, which doesn't often bode well in the style stakes. Every so often there's a gem hidden among the ranks, like this Funnel Neck Dress new for spring.

Simple and chic, this sixties inspired shift dress is perfect for an understated mod look. Clean lines, a stylish neckline and minimalist grey shade make this ideal for mod looks for day or night. The capped sleeves add an extra touch of the tailored look, too.

This dress is an absolute bargain at just £16 from Matalan.

Via a href="http://www.retrotogo.com/2009/03/funnel-neck-dress-by-matalan.html">Retro To Go