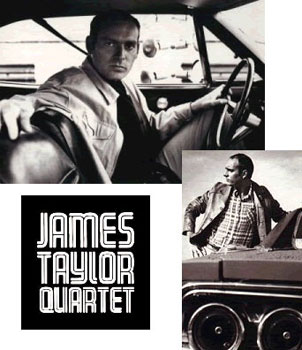 Come to think of it, not sure six nights is actually a residency, but that's the number of nights the James Taylor Quartet are doing at Ronnie Scott's in Soho.

JTQ are playing the six shows over four days – from Wednesday 17th until Saturday 20th March. Both shows on Saturday are apparently already sold out, as is the 2nd show on Friday but there are still some tickets left for Wednesday, Thursday and the 1st Friday show. So if you want some, you might want to get a move on.