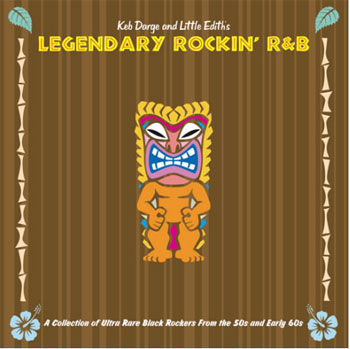 It might not be the only release of its kind on the BBE label, because Keb Darge & Little Edith’s Legendary Rockin’ R&B album is described as the first in a 'series', setting out to expose lesser known or forgotten lights of R&B music from the 50s and 60s.

Interestingly, the press shot I got says that 'Keb Darge is always ahead of the curve of the tastemakers in this growing 'new' scene', which is surprising as early R&B has been a regular on the mod scene for years – Manchester's Hideaway Club has been playing it for over 10 years to name just one place. Ho hum.

But ignoring that, this album is certain to appeal if early R&B is your game and it will be available on CD, double vinyl and as a digital download from 28th August 2010. See over the page for a full tracklisting.