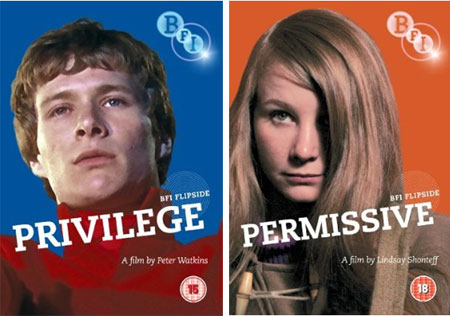 Details of the next batch of cult releases from the Flipside (via the BFI) are now available, with three cracking titles listed for January 2010 release, headed up by Privilege.

Yes, the film that's topped most people's most wanted list for years finally gets a DVD and Blu-ray release, Peter Watkins' tale of a 60s pop star controlling the masses is joined by Gerry O'Hara's 1963 Flick That Kind Of Girl and cult groupie flick Permissive from 1970.

We've detailed all the releases over at our Cinedelica site, including the extras available with each title. Check them out right now, with the release date for all set for January 25th 2010.