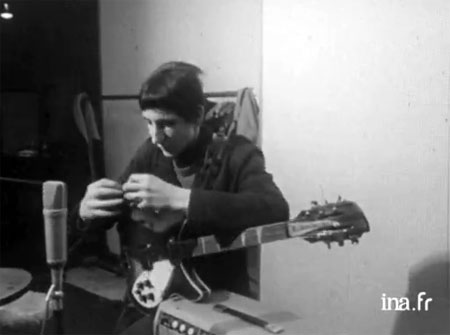 This was flagged up on the forums and is certainly worth mentioning to a wider audience – Les Mods, a French documentary about London mods from 1965.

This is a rough translation of the write-up:
Discover the new English youth in the district of Hammersmith, London, particularly 'mods' or new dandies or mavericks. The interviews from youths are about drugs, the police, politics, racism, and society in general, which alternate with concert footage of The Who on a small stage in London. There's also an Interview in French with Kit Lambert, manager of the Who, about the Teddy Boy movement, rockers and mods.

Worth it for the visuals and the smattering of English you'll capture, if you don't have a working knowledge of French.