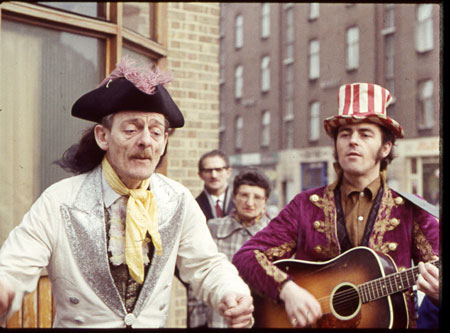 Two widely differing cult 60s mini movies are soon to be reissued on DVD – The London Nobody Knows (1967) / Les Bicyclettes de Belsize (1969). And that DVD is reviewed way ahead of release on Cinedelica.

The London Nobody Know is a fascinating snippet of the lesser-known side of London in 1967 – think decaying housing and theatres, street entertainers, down and outs and street markets. Not to mention the sites of jack The Ripper’s murders and the obligatory shots of swinging London – all overseen by veteran actor James Mason. Les Bicyclettes de Belsize is the complete opposite – a frothy swinging love story set to music on the streets and parks of late 60s Hampstead. And yes – there are bikes involved.

Check out our review following the link below. The DVD is released on 3rd March 2008.

Read the DVD review at Cinedelica