Legendary soul and gospel singer Mavis Staples has announced a European tour for April and May. 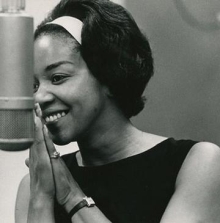 The one time Staples Singers member and former Stax Records employee had many top 40s hits throughout the 1960s and ’70s, and was at the heart of the civil rights movement in the States. Staples continues to produce breathtaking vocal performances live and on record (most recently heard on her upcoming album We’ll Never Turn Back, produced by Ry Cooder). The European tour dates are:

For more on Staples visit her official site here.