18 shares
Note that I independently write and research everything in this article. But it may contain affiliate links. 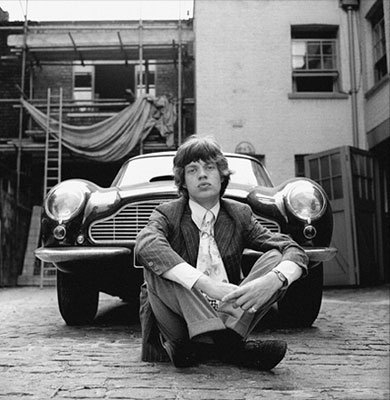 Possibly of interest is this new exhibition at the National Portrait Gallery in London, going by the name of Mick Jagger: Young in the 60s.

The exhibition documents the singer's early rise and coincides with the British edition of the Arles publication Mick Jagger: The Photobook, being published by Thames and Hudson in May. It includes the first NPG image of Jagger, a Cecil Beaton shot taken in Morocco in 1967, as well as more recent acquisitions, include portraits of the singer by Gered Mankowitz, including one with his prized Aston Martin DB6, an image from the Rolling Stones’s first official photo shoot by Philip Townsend, a previously unexhibited colour photograph by Colin Jones (1967), Michael Cooper’s study of the Rolling Stones for the cover of their album Their Satanic Majesties Request (1967) and Michael Joseph’s decadent image of the group posing with a large menagerie of animals for the gatefold of the Beggar’s Banquet album (1968).

It runs from 3rd May – 27th November 2011 at the Bookshop Gallery, admisssion is free.