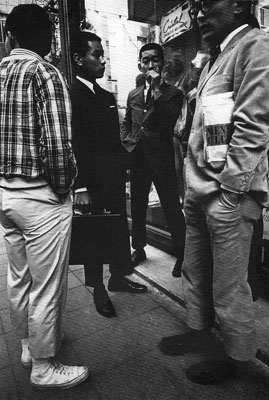 If you're looking for something interesting to read online, check out Miyuki-zoku – Japan’s First Ivy Rebels on Ivy Style.

Reading it, you could say the Miyuki-zoku were Japan's original Mods, first seen in 1964, they were devotees of classic American collegiate style, picking up Ivy League style tips from a newly-launched magazine in Japan called Heibon Punch.

You can read the article at Ivy Style, well worth your time.