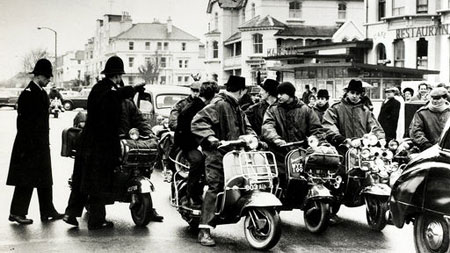 All being well, we will have Barry's TV and radio guide back this week, but ahead of that here's a heads-up of something you might want to catch this weekend – Mods! on BBC Radio 4.

Here's the official write-up: 'Phil Daniels presents a look back at the Mod movement, exploring its beginnings in the Soho underground of the late 1950s through to the seafront clashes with the Rockers in the 1960s, and examining the Mods' influence on music, film, fashion and popular culture.'

Sounds worth recording or catching on iPlayer if you miss it.