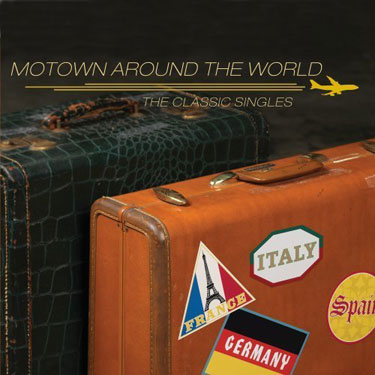 In case you missed it, new this week is the rather interesting Motown Around The World (The Classic Singles) album.

It's actually a reissue of an album that sneaked out in 1990, now expanded to A 38-track double CD. The clue is in the title – Motown re-recorded a number of their biggest tracks in different languages, no doubt to make a few extra quid while the going was good. Most stand up today, because essentially they are near-identical recordings, but with a different lyric (Spanish, German, French etc), although there are one or two extra tracks that were written by European writers and as such, are rarities and a nice addition to the collection.