0shares
Uriel Jones, Motown musician and one of a trio of drummers of the house band The Funk Brothers, has died in Michigan following a recent heart attack. He was 74. 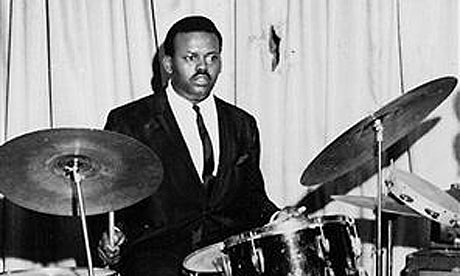 He was brought into Motown in 1963 at the insistence of Marvin Gaye, and played on a string of hits for him and other artists. He was instrumental in driving forward the 'psycehdelic soul' sound that Motown pioneered in the late-60s. He toured the world several times with the band, and appeared in the 2002 Standing In The Shadows Of Motown documentary. Up until then his work and place in musical histroy was still relatively unknown. The Funk Brothers were given the lifetime achievement award at the Grammys in 2004.
The majority of the main players in the Funk Brothers have passed on – Jack Ashford, Joe Messina and Eddie Willis are the remaining trio, and still play live from time to time.
Jones is survived by a wife and three children.