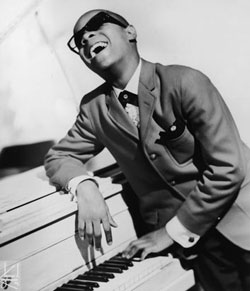 Rather than waiting for this week's TV guide, we thought we'd flag up Motown Night on BBC4 a little bit earlier.

Set the recorder from 8pm on Friday 20th February, when Motown at the BBC starts, offering BBC studio performances from the likes of Smokey Robinson and the Miracles, Diana Ross and the Supremes, the Temptations, Stevie Wonder, the Four Tops and the Jackson 5.

After that (9pm), you can check out The Motown Invasion, a documentary chronicling the Motown Revue UK tour and the Sounds of Motown Ready Steady Go! TV Special from 1965.

And last (but not least), you can catch the superb Standing in the Shadows of Motown movie at 10pm – the story of Motown's in-house band, the Funk Brothers.