0shares
The UK is seemingly over-flowing with soulful female singers at the moment. Even so, there's something a little bit different and special about Laura Izibor. 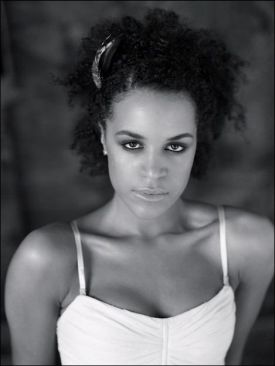 For starters she's not British, but Irish. The 21-year-old Dubliner describes herself as 'old-school soul', writing and producing her music as well as adding her first-rate voice on top. She had already opened shows for James Brown, Al Green and Angie Stone over the past few years, before she got to open for fellow Atlantic Records artist Aretha Franklin in New York last month.
The commercial vibe in her sound is unavoidable: her debut album was worked on for four years, and funded by a major label. The horn-heavy uplifting soul of 'Shine' is pure pop, without ever becoming too sugary. Meanwhile the smooth and sassy piano-led 'From My Heart To Yours' is reminiscent of Lauren Hill. The reflective 'Mmm' has some strong gospel elements too. Izibor counts her musical heroes as Stevie Wonder, Candi Stanton, Roberta Flack, and Marvin Gaye, and it is easy to hear their influence in both the songs and the voice.
Izibor has a single, 'Shine', out on February 23rd, and the album Let The Truth Be Told follows on March 9th. Her official website can be visited here and her Myspace page here.