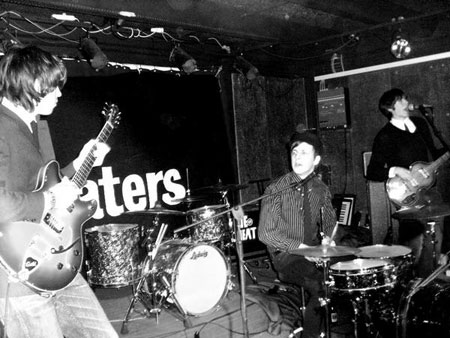 One of the first of the 'new' bands on the list for the upcoming Le Beat Bespoke is also one of the better new bands we've heard in a while – David Peter & The Wilde Sect.

Out of Copenhagen in Denmark and treading a line between old school beat and garage, the band claims 'to teach the youngsters of today about music with a soul' – which essentially is music influenced by the likes of The Rolling Stones, The Kinks, The Outsiders, Bo Diddley…you get the idea.

If you don't, or you just want to hear some tunes by the band, check out the MySpace page. Plenty of upcoming gigs on there, but if you want to catch them in the UK, you'll probably need to get a ticket for LBB6.