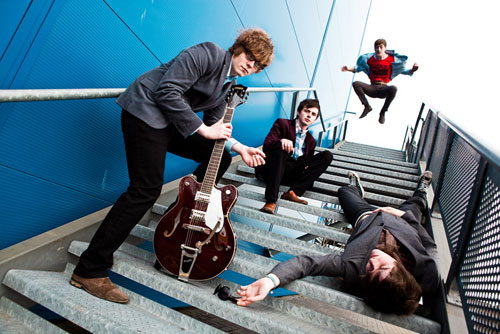 Wales seems to be the place to look for new bands right now, in particular the See Monkey Do Monkey label. That label was responsible for The Method’s Dissidents and Dancers album and is also the place where you’ll find Houdini Dax.

Houdini Dax are a band that will make you feel old. They don’t look old enough to be in a band, let alone a pub (although they certainly are). But despite that, they’re a band that knows its music, influenced by classic sixties beat, later garage and with some modern-day indie influences.

See below for the video of Robin You Lie and look out for the album You Belong To Dax Darling on 20th June 2011. We might even review it beforehand. The band’s website is here if you want to know more.