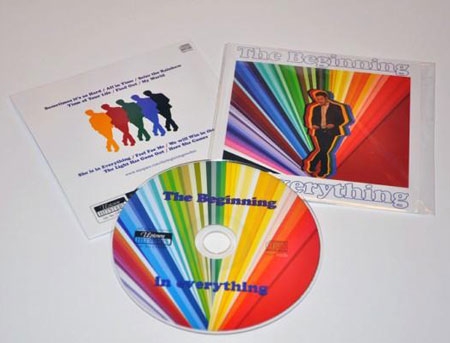 We just featured this band over on Electric Roulette, but to be honest, I think The Beginning are probably worth a mention on here too.

as we said over there, the band is the brainchild of Anders Ljunggren, a modern-day Swede, but a man with an obvious love of British psychedelic pop of the mid to late 60s. The tracks we've heard are very much inspired by that era (think The Hollies better tunes from that era), with a bit of vintage indie thrown in for good measure. Check out the band's MySpace page for an idea of what I mean.

A new album is just out, going by the name of In Everything (pictured above), released via Uptown Hitsters. Possibly a review to follow, but on the evidence of those online tracks, it sounds like an album worth a punt if you're a fan of those reference points.

The Beginning on MySpace