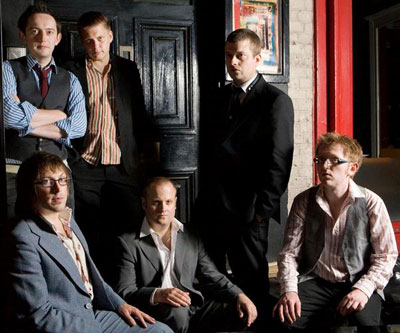 Jazzy, funky and a heavy dose of Hammond – The Filthy Six are about to launch their debut single on the Acid Jazz label with a track you might already be familiar with.

That track is Get Carter, taking a funky detour from the Roy Budd original, back by the band's own Knockout track for the debut (and strictly limited) 7-inch single. Yep, good ol' vinyl, which is available from 19th April 2010.

Check out the single and other tunes at the band's MySpace page. If you like what you hear, there's also tour dates there and an album incoming in June.

The Filthy Six on MySpace