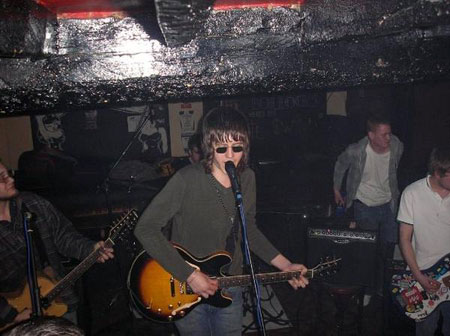 If your musical tastes hover around the latter end of the 1960s, you just might like what you hear from The Pale Blue Eyes.

Presumably named after the 1969 Velvet Underground track, the Aylesbury-based, five-piece band has a sound that's not a million miles from that year, noisy psych-styled guitar rock that just might have gone down a storm at the UFO club.

You can check it out for yourself on their MySpace page and if you like what you hear, their debut album is available for download on both Amazon and iTunes. Oh yes – the band are on the look out for gigs too, so if you want them on your bill, give them a shout via MySpace.

The Pale Blue Eyes on MySpace