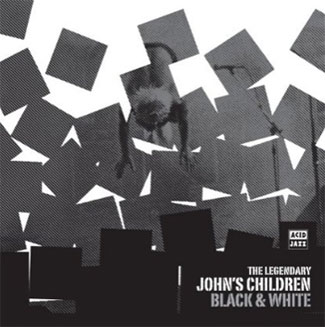 Yes, that's right, there's a new John's Children album about to be released. going by the name of Black and White.

The album is released on the Acid Jazz label in early June, with the current line-up a mix of old and new members and the new album similarly made up – new material, some re-recorded old tunes and some covers.

We got an advance copy and got the review up well ahead of that release date. Check it out now.