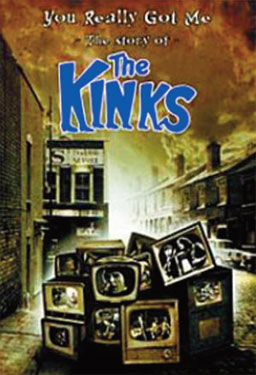 Not to be confused with the forthcoming movie, You Really Got Me is a new documentary about The Kinks, which is heading to DVD in April.

87 minutes in length, it features interview with the brothers, Mick Avory and others, along with plenty of rare footage of band, right from early '64/'65 stuff (‘You Really Got Me’, ‘’til The End Of The Day’, ‘I’m A Lover Not A Fighter’ and ‘Milk Cow Blues’) and throughout that decade (footage of Dave Davies in foppish gear singing ‘Death Of A Clown’, live film of ‘Well Respected Man’, ‘Dead End Street’ and ‘Waterloo Sunset’, plus coloured TV clips from The Village Green Preservation Society era). The 70s and 80s are also featured on the disc, with the output of that era given an overdue reappraisal.

Hopefully we'll have a review of the DVD ahead of that release date, but you can pre-order now at Amazon (which is actually claiming the release date is 22nd March 2010) – price is just over £12.