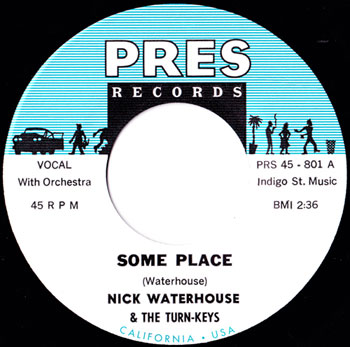 Thanks to Thierry for digging out a couple of modern-day, vintage-style R&B releases that might well be up your street.

The first is Nick Waterhouse & The Turn-Keys' 45 called Some Place, described as the 'Santa Ana Delta Sound' and 'a raw, rhythmic sound unique to Southern California and it's Distillery Studio'. Better still, make your own mind up after listening to it here. You can buy it from here on vinyl for $7.

The second release is an album by the All Night Workers, which you can hear on their MySpace page or via Garbaciones de Impacto, which has the album for sale on limited edition 180 gram Vinyl as well as samples of all the tracks on it. 7 Euros gets you a copy.