Motown songwriter and producer Norman Whitfield has passed away after a long battle with diabetes. He was 65. 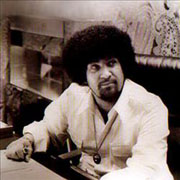 Born in Harlem in 1943, his family moved to Detroit in the late-1950s and he quickly began writing and producing local groups. At just 19 he was taken on by Berry Gordy to rate new Motown demos. In 1964 he was finally allowed to co-write his first singles – The Velvelettes‘ "Needle In A Haystack" and The Marvelettes‘ "Too Many Fish In The Sea". The success of these two songs led to regular writing work (most often alongside Barrett Strong), and he formed a particularly successful working relationship with The Temptations. His first hit song for the group was the soul classic "Ain’t Too Proud To Beg" in 1966. Future hits were to follow for them and others, most notably "I Heard It Through The Grapevine" (Gladys Knight and later Marvin Gaye), and Whitfield was inspired enough by Sly Stone’s socially conscious music to ‘psychedelise’ The Tempations soul template.

In 1973 he left Motown and formed his own label, Whitfield, and scored the gold-selling soundtrack for the movie Car Wash. He also helped Rose Royce, the former backing band of Edwin Starr, form a hugely successful career in the late-70s. In the early 1980s Whitfield briefly returned to Motown to once again work with The Temptations. Since then he had been absent from the music business, but his legacy has been kept alive in soul circles ever since.