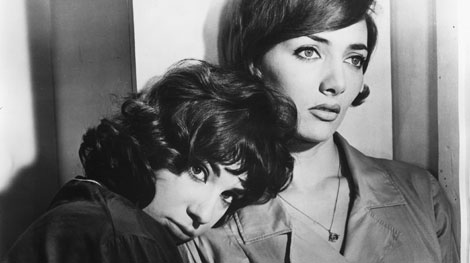 Nouvelle Vague, or the French New Wave to you and me, is being explored in a two-month long season at the BFI Southbank.
In the late 1950s and throughout the 1960s a small clique of directors set about changing the way film was made in France. Varda, Godard, Truffaut, Resnais and more jettisoned narative structure in favour of surreal, non-linear stories and dialogue to startling effect.
50 years since its birth and the BFI Southbank in London will screen a number of films from April 9th onwards. April looks at some of the films which inspired the new wave to come, as well as films by the first wave directors of the new approach. Then in May the Southbank features films made by what is known as the rival tendency, the 'left-bank' group, alongside other a selection of other great 1960s movies that carried the same spirit.
In addition two films have been selected for nationwide release: The 400 Blows (Les Quatre Cents Coups) is released on April 10th, and Jean-Luc Godard's final nouvelle vague piece Pierrot Le Feu opens on May 22nd.
For more information and to book tickets visit the BFI website here.