0shares
In a month of celebrations of the 50th anniversary of the legendary Motown label there is plenty of radio and television coverage (check out Barry Murphy's TV guide for further info on some of these). However we felt we should give a special mention to the indefatigable modman Eddie Piller, who devotes his three-hour Q Radio show tonight (January 16th) to the label. 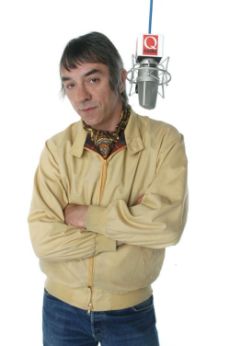 The show is on at 9pm and amgonst tracks played by Marvin Gaye, Tammi Terrell, Gladys Knight, Martha Reeves & The Vandellas, Smokey Robinson, The Supremes, Stevie Wonder and more Pillar has an exclusive interview with Martha Reeves.
Click here to listen to the station, which is also available on DAB in London, and on TV via Sky Channel 0181 and Freeview Channel 878. Don't forget that if you miss the show it is available to listen to again (for one week only) via the Q Radio website.