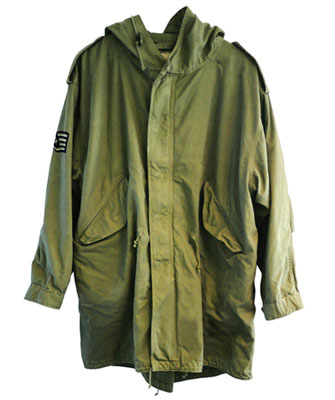 Just when you thought Pretty Green couldn't shock anymore with its pricing, it pulls out a gobsmacking new one – asking £500 for a replica Quadrophenia parka.

That parka is specifically a limited edition 'Quadrophenia 'Jimmy' parka. On the face of it, not a lot different than a vintage parka you can pick up widely elsewhere, give or take a bit of detailing. It's a tie-in for the soundtrack box set reissue (which we've featured before), with Pretty Green also showcasing Pete Townshend’s archives of notes, desk diaries, photos and original lyrics from the making of Quadrophenia alongside album artwork at an exhibition at their Carnaby Street store.

The launch party is on 26th October and opens to the public on Thursday 27th. You'll only be able to buy the parka there, should you have just dropped a Lotto win and have a desire to spend pointlessly. As we said, £500 is the price – and 100 are being made. Nice earner for someone.