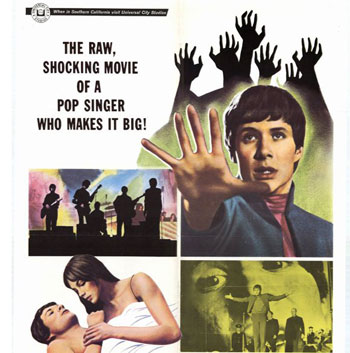 A 60s cult classic is getting a rare cinema showing in Birmingham – Privilege.

This '67 flick is showing as part of the Flatpack Festival, a 5 day film happening in Birmingham that will be taking place from 11-15 March in cinemas, bars and warehouses across the city.

if you've not seen Privilege, it's a strange 'yoof' satire about a pop messiah (Steven Shorter, played by Paul Jones) – and how he is used by the government to control the masses. or at least, to take their minds off politics. if you want to know more, check out the website.