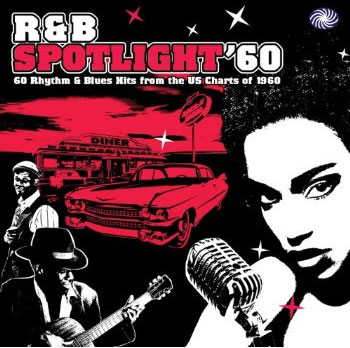 Just browsing through Amazon and noticed a series of albums called R&B Spotlight, which might well be of of interest, even if the sleeves are a bit ropey.

Essentially, it's a series of big R&B tunes year-on-year, with 1960 just released as a 60-track set by Fantastic Voyage, following previous similar collections for 1958 and 1959, throwing in some sleevenotes about each track. The new collection sells for £6.99.

Alongside it from the same label is a Soul Breakout series for the corresponding years, covering more mainstream soul acts – each of those volumes is also 60 tracks and the latest is again £6.99 if you want one. Presumably it'll until the mid-60s.